LEAVING NO ONE BEHIND

Through its social programs, Ferrovial views community investment as a strategic instrument for progressing society and a way of promoting its contribution to achieving the Sustainable Development Goals.

Ferrovial sees its commitment to the community as a strategic instrument aligned with the United Nations 2030 Agenda and its Horizon 24 Strategic Plan, which helps to achieve balanced progress in society with special attention to the most vulnerable groups so that no one is left behind. This commitment has been reinforced in 2020 considering the medical and social emergency caused by the COVID-19 pandemic.

Ferrovial’s main social action programs, in addition to reflecting the company’s commitment, seek to involve its employees in the programs, either through volunteering or financially. The aim is to raise employee awareness of social needs while reinforcing a sense of belonging and, in addition, increase the impact on the community.

Ferrovial’s response to the crisis generated by the pandemic has been global. Since its inception, Ferrovial has worked closely with the public administration and multiple initiatives have been implemented by the different business units in all the countries in which Ferrovial operates.

In addition to offering its human resources and technical capabilities, Ferrovial wanted to make a commitment to recovering from this crisis with a significant financial contribution. To this end, it set up the “Ferrovial Together COVID-19” fund, which has made 8.7 million euros available to society, 7.46 million euros contributed by Ferrovial and 1.23 million euros raised from employees, shareholders, suppliers and anyone else who wished to collaborate. The fund’s resources have been earmarked to support three sectors: vulnerable families, health facilities and research for developing a vaccine against the coronavirus. They have been distributed in Spain, United Kingdom, USA, Chile, Portugal, Poland, Colombia and Peru.

The fund has operated under the same scheme as the Stronger Together program, which has been running since 2005. Employees who wish to donate a monthly amount choose the projects to which the funds are allocated. Ferrovial doubles the amount raised.

SUSTAINABLE INFRASTRUCTURE FOR THE COMMUNITY

Ferrovial’s aim to create sustainable infrastructures is also reflected in its community investment programs, with a focus on the most underprivileged people, by promoting more equitable and sustainable development.

In Spain, Ferrovial has been supporting the improvement of the infrastructures of entities engaged in guaranteeing access to food for the most vulnerable for eight years. Over the years, kitchens, canteens and warehouses have been improved to ensure that food is delivered with the necessary quality and safety. In 2020, through the NGO World Vision, improvements have been made to the network of soup kitchens with which they collaborate. Specifically in the María Inmaculada soup kitchen in Madrid, in the Cocina Económica in Santiago de Compostela, in the Cocina Económica in Santander, in the care center of the Can Palet Educational Association in Tarrasa, and in the social emergency project of the Hijas de la Caridad in Alicante. With this project, Ferrovial has contributed to SDG 2, zero hunger, enabling 8,686 people to have access to healthy, nutritious and sufficient food.

In Poland, Budimex is involved in several child-focused initiatives, including Strefa Rodzica, to create separate areas in pediatric wards in hospitals where parents can accompany their children, and the Domofon ICE program, which has been promoting the safety of children and schools since 2009.

In addition, in 2020, two of the projects supported by the Juntos Sumamos Program have also focused on infrastructure. In Cameroon, a photovoltaic energy system has been installed to ensure the electricity supply at the Obout hospital, thus improving the quality of medical care for 20,000 people. In India, the living conditions of two homes for 500 children without resources have also been improved, thus guaranteeing their right to access to education.

INVESTMENT IN THE COMMUNITY (M€)

NUMBER OF BENEFICIARIES OF WATER AND SANITATION PROJECTS

Thank you for collaborating with us

Ferrovial’s Social Infrastructure Program, launched in 2011, promotes projects that facilitate access to water and sanitation in vulnerable communities in Latin America and Africa. The program is aligned with SDG 6 of the United Nations 2030 Agenda, with a focus on sustainability, promoting integrated water resource management.

The program confirms Ferrovial’s role as an actor in cooperation, going beyond the traditional role of mere financier, providing technical assistance, technology and the participation of its specialist employees in undertaking the projects, involving the company across the board in a strategic social action program.

In 2020, the program has undertaken three projects in Kenya, Colombia and Peru, in collaboration with the NGO AMREF Health Africa, Action Against Hunger and CODESPA Foundation, which have improved access to water and sanitation services for 6,325 people.

In the ten years of the program, Ferrovial has implemented 28 water and sanitation projects in impoverished communities in Africa and Latin America, with an investment of more than 6 million euros and more than 9,500 volunteer hours contributed by 121 employees who have participated in the program. As a result of this effort, access to drinking water has been guaranteed for 230,000 people in nine countries (Peru, Colombia, Mexico, Ethiopia, Kenya, Tanzania, Uganda, Ghana and Zimbabwe). The company’s annual investment amounts to 550,000 euros.

It should be noted that since 2018 Ferrovial has developed a specific impact measurement methodology for water and sanitation projects based on the SROI methodology, which it has shared with the NGOs with which it collaborates to measure the social impact generated by the projects, while also strengthening the capacities of the social entities. This methodology is applied to all the program’s projects after several months of service in order to verify the real impact of the interventions. 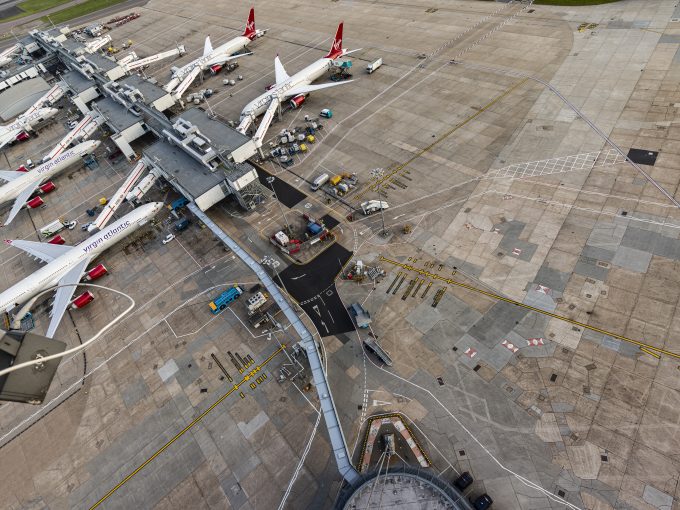