Ferrovial rejects any type of discrimination in all countries where the company operates and is strongly committed to promoting a dignified, respectful and inclusive work environment.

The Human Rights Policy establishes the procedures to ensure compliance with these rights in the company’s activities and to promote their dissemination among its stakeholders. It also guarantees respect for the labor rights of all its employees and contractors. The policy is aligned with the principles of the United Nations Global Compact, the OECD guidelines for multinational enterprises and the International Labor Organization’s standards. In addition, the company is committed to the 31 principles contained in the National Action Plan for Business and Human Rights developed by the Spanish Government.

Ferrovial carries out an ongoing due diligence process. Firstly, in its own activities and in all those directly related to its operations and services. In the case of infrastructure projects in vulnerable contexts, the social and environmental impact on the affected communities is analyzed.

It also has due diligence procedures in place to prevent anti-human rights attitudes and actions in relations with business partners, suppliers and applicants. There is an obligation to conduct an ethical integrity review process, including human rights, before entering into any business relationship or taking on a new employee. These procedures involve extending the company’s values set out in its Code of Ethics to its entire value chain and establishing mechanisms for monitoring business relations.

In this regard, the company has recently revised the Procedure for approving operations according to corporate capital allocation criteria, so that in the proposal for approving all corporate operations that are carried out, an analysis is conducted of whether they may undermine Ferrovial’s ethical principles, particularly focusing on human rights, social, good governance and environmental aspects.

Internally, the company promotes respect for Human Rights among all its employees through courses on the Code of Ethics, Prohibited Conduct, and anticorruption courses that are periodically renewed and include specific modules to understand the possible human rights implications that may arise during the company’s activities.

Ferrovial’s analysis identifies new situations affecting respect for human rights, such as the right to digital disconnection and all those derived from the use and protection of the data of the people it interacts with.

Following the initial diagnosis in the due diligence process, the company designs contingency plans in which impact mitigation and/or compensation measures are considered as appropriate.

Beyond its own activity, Ferrovial is involved in initiatives that help to raise awareness of human rights and promote measures to safeguard them, adapted to each country’s characteristics. A noteworthy example in the United Kingdom is the commitment to the UK Parliament’s Modern Slavery Act, which ensures acts related to any form of slavery and human trafficking are prevented.

As part of this collaboration, the company once again sponsored the race against gender-based violence, in which the Chief Executive Officer and 76 other employees took part in its most recent race. In addition, in support of the International Day for the Elimination of Violence against Women, an initiative was launched under the slogan “Let’s build a world free of violence against women” through the ZITY carsharing service.

Ferrovial’s commitment, in line with the United Nations’ SDG 5, also includes activities to improve integrating people who have suffered abuse into the workplace, including collaboration with the Integra Foundation, which materializes reintegrating female victims into the workplace through direct hiring.

In addition, within the framework of the II Equality Plan, an internal action protocol has been developed to deal with gender-based violence, which provides guidelines to promote protecting female colleagues who may be victims of this type of violence.

Since 2011, Ferrovial has been a member of the Diversity Charter, a European initiative that is part of the anti-discrimination directives adopted by the European Union in the year 2000.

STEM careers (Science, Technology, Engineering and Mathematics) are the jobs of the future, and are key profiles in innovation, social welfare, inclusive growth and sustainable development, and are also a strategic aspect for Ferrovial. According to the latest data published by UNESCO, around 30% of women choose STEM disciplines.

One of the challenges set out in the Equality Plans that Ferrovial has defined since 2009 is to increase the number of women in technical areas, in line with key business profiles. In this regard, Ferrovial is committed to providing career guidance for young people through various initiatives that promote STEM careers, making the role of women in this area more visible in order to prevent discrimination.

In this sense, Ferrovial is working in Spain on the OrientaT program together with the Junior Achievement Foundation, in which more than 170 volunteers from the company have already participated in workshops in educational centers to kindle interest in STEM vocations among students.

Some initiatives in 2020 have been scaled down or transformed due to the lockdown, but initiatives along the same lines have been possible in other geographies. In the United Kingdom, the STEM Girlguiding program, supported by Amey, and the continuous promotion of the International Women in Engineering Day, to raise awareness of women in STEM careers, are noteworthy. In the United States, support has continued to be given to the National Math and Science Initiative, in Texas, and the Women in Construction Week. The aim of this initiative is to give visibility to women working in this sector and to serve as a reference for future generations.

These initiatives, aligned with SDG4 target 3, have reached 27,371 children throughout 2020.

Ferrovial actively participates in networks and working groups to promote Human Rights in the business world and in the rest of society, such as The Human Rights Lab of the SERES Foundation, the Executive Committee of the Global Compact Network and the CEO Alliance for Diversity initiative, led by the Adecco Foundation and the CEOE Foundation.

In order to respond to possible unwanted situations that may arise, the company’s Ethics Channel has been renewed in 2020 with an emphasis on the description of categories related to human rights, possible situations of harassment (understood in the broad sense of abusive, hostile or offensive conduct), discriminatory practices that may arise due to political ideas, religious beliefs, race or any other type and attitudes or actions that affect freedom of expression or association.

These reporting tools are aligned with the Company’s Procedure for the Prevention of Workplace and Sexual Harassment and with the II Equality Plan.

Ferrovial guarantees compliance with labor rights in all countries in which it operates, paying special attention to the right to strike, freedom of association and the right to collective bargaining. All Ferrovial employees are protected in one way or another by the labor regulations of the different territories, while 70.8% of the workforce is a member of a collective bargaining agreement.

Ferrovial has internal communication channels, internal social media and the corporate intranet, Ferronet, which facilitate creating collaborative, dynamic and flexible work environments and through which it promotes a healthy working environment and the dissemination of healthy habits among employees. These channels have been reinforced in 2020 due to the pandemic’s special circumstances, with advice adapted to teleworking and promoting physical activities that could be undertaken during lockdown. In 2020 Ferronet recorded 2,886,810 sessions and 3,885,914 page views. 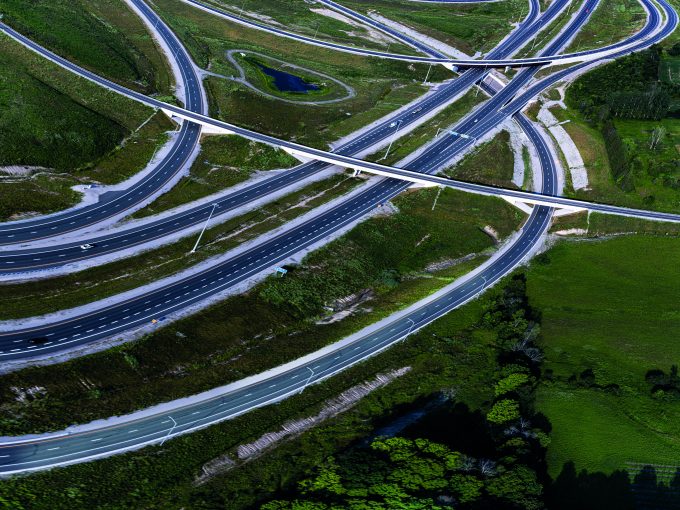