READY FOR THE RECOVERY

Amassed over more 50 years of experience, the in-depth knowledge of new technologies applied to pricing (advanced analytics), in addition to synergies with Ferrovial Construction make Cintra a company with a high potential for creating value and strong competitive advantages.

Over the course of 2020, the COVID-19 pandemic has resulted in restrictions being placed on the movement of people in all regions in which Ferrovial operates, considerably affecting volumes of traffic on toll roads; this has varied with the increase and decrease of the spread of the virus and the consequent restrictions placed on movement by local authorities. However, the impact on results has been limited thanks to the improved performance of commercial traffic and heavy-goods vehicles over the year, in addition to the rate flexibility of its assets.

In Managed Lanes, toll rates are dynamic and can be changed every few minutes according to the level of congestion, while guaranteeing drivers a minimum speed at all times. Equipped with free-flow toll systems (no barriers), they stand out for their long term of the concession and broad rate flexibility and an optimized long-term financing structure, making Cintra a leader in the private development of high-complexity transport infrastructures.

96
%
Based on analysts' consensus

23
including Ausol as a toll road

Cintra is focused on complex greenfield projects owing to their high value-creation potential. Its capacity to assess and assume greater levels of risk associated with the project in the tender phase (construction, financing, operation and traffic management) produces higher initial rates of return (IRR).

The creation of value lies in the reduction in the discount rate of future cash flows in the elimination (construction) or reduction (traffic/financing) of the project’s risks as the concession progresses.

By reducing risks, the value created is materialized in the sale of mature projects, with use of the revenue for investment in new assets with greater value-creation potential. One example can be seen in the transfer of the holding in two Portuguese toll roads to the DIF infrastructure fund, (49% of the Norte Litoral Toll Road and 48% of Via do Infante) for a total value of 171 million euros. Furthermore, Cintra will have a contract to manage both assets until the end of both concessions. The deal will be completed when approval is received from the Portuguese authorities and financial institutions.

The Managed Lanes projects, the backbone of Ferrovial’s strategy, have proven to be a more efficient and less polluting way of responding to growing demand for urban mobility in a quick, easy and efficient manner. CO2 emissions are higher in the traditional stop and go traffic model than in a continuous free flow model, as part of which Managed Lanes are offered to users. In addition, it is a socially responsible model from an investment perspective, as the users using the toll road “subsidize” the reconstruction and operation of the free-of-charge lanes used by everybody.

Cintra maintains its focus on customer satisfaction and its value proposition encompassing reliability, time savings and security. This is reflected in the response of customers, with growing levels of acceptance and satisfaction across all its projects.

In 2020, the 407 ETR Toll Road sustained its high levels of customer satisfaction of 88% in toll road service and in its call center, which handled more than 2.3 million requests and again won awards as a World Class Call Center for its excellence in the quality of service for the seventh consecutive year. Furthermore, in 2020 the app was also launched for the 407 ETR Toll Road in response to growing demand among users, who appreciate the opportunity to have a fully digital experience.

On the morning of February 11th, 2021, there was a multiple vehicle collision in the NTE3 project. Prior to the accident the company pre-treated the road in accordance with applicable standards and best practices and based on the existing weather forecast. At the time of the accident electronic variable signage was advising drivers of the adverse weather conditions and asking drivers to proceed with caution. NTE3 is cooperating with the authorities’ investigations.

Cintra offers opportunities for the professional development of all its employees by promoting internal mobility and ensuring that merit is the decisive factor in their career. In 2020, despite the context created by the pandemic, 28% of employees changed their job or location, and one out of every four people are working in an international assignment.

AIVIA AND THE FUTURE OF HIGHWAYS

AIVIA AND THE FUTURE OF HIGHWAYS

Ferrovial is leading the development of smart corridors through its Connected Corridor Orchestration Initiative (AIVIA), together with Microsoft, 3M and Kapsch, among others. The initiative develops the next generation of toll roads by hybridizing digital and network technologies such as 5G, V2X connectivity, sensors, advanced analytics or simulation with the physical infrastructure to reduce congestion and improve the traveler experience, safety, predictability of journey times and access to infotaintment content from the vehicle. Connected corridors will be an essential element of connected mobility systems as vehicles continue to evolve towards full autonomy and in the intermediate stage of high-speed “mixed” mobility, where autonomous and conventional vehicles coexist in the same road space.

In 2020, Cintra completed the refinancing of part of its debt in LBJ. In total, 615 million dollar were raised on the Private Activity Bonds (PABs) market over 20 years, with an all-incost of 2.92%, against the coupon of between 7 and 7.5% on the refinanced PABs; this issue was highly successful among investors. Furthermore, the Moody’s rating increased to Baa2, with the Fitch rating of BBB- maintained. 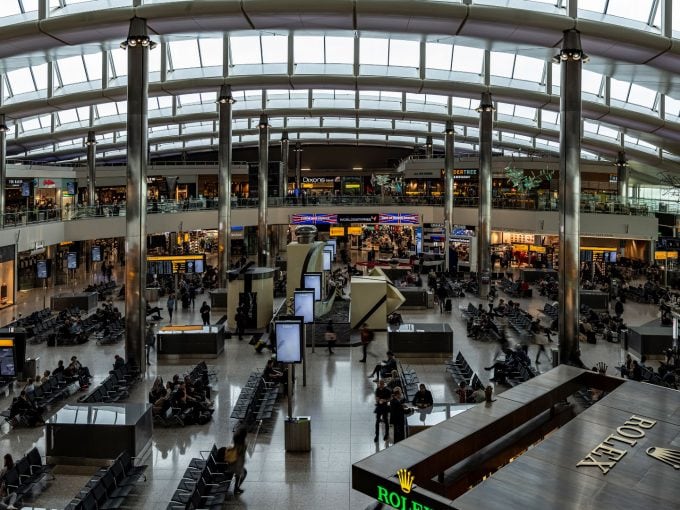