The Construction Division is key to Ferrovial’s strategy, focusing on the development of complex and sustainable infrastructure assets.

Ferrovial Construction is the business unit responsible for performing civil engineering, construction, water treatment plants and industrial works. It is recognized internationally for its capacity to design and execute unique and sustainable construction works, in particular major transport infrastructures.

The current situation caused by the COVID-19 pandemic has had a limited impact on Ferrovial Construction, as many of its ongoing projects have been classed as essential activities. In spite of these difficult circumstances, the Construction division has increased its gross revenues in 2020 and recorded EBIT of 2.2%. These figures reflect the commitment of the division to hit its EBIT target of 3.5% in 2024, in line with the Horizon 24 Strategic Plan.

In 2020, Ferrovial Construction launched Project Abacus, which includes health and safety, technology and innovation, the OPIP program to improve operating processes that optimize risk management and thus consolidate the future profitability of the division. This program includes a digital transformation plan aimed at controlling processes in all phases of the project, enhancing design capacities and training teams to improve collaboration between tender and operations departments.

Budimex, the Polish construction subsidiary was awarded the 400 million euros project to reconstruct the Warszawa- Zachodnia railway station, the second largest in the country, which receives more than 1,300 trains and 60,000 passengers per day, with these figures expected to double by 2030. This work included the comprehensive reconstruction of 30 kilometers of railway line, several connection branches and an underground tram tunnel at level -2.
This award reflects the positive performance of Budimex, which in 2020, in addition to its positive financial performance, has been awarded 800 million euros across seven roadway con- tracts, in addition to other significant industrial and construction contracts.

Ferrovial Construction focuses its activities on the international market in complex projects in countries with stable economies that are committed to modernizing their infrastructures.

The outlook in Poland remains positive in the medium term, thanks to plans to invest in roads and railways through to 2025-26, despite the moderate impact of COVID-19 on the 2020 tender process and the emergence of new foreign competitors.

In Spain, following the delay in the 2020 tender process on account of the pandemic, an uptake in public construction initiatives is expected in relation to road infrastructures (DGC), railways (ADIF) and airports (AENA), backed by the approval of the General State Budgets and the EU Recovery Plan.

In the USA and Canada investments in states and provinces remains on the up, with the publicly financed P3 or DBF projects worth particular mention, where Ferrovial boasts ample experience. Following the 2020 US presidential elections, political will at a federal level to pass a new multi-year infrastructure plan has been confirmed. In Texas, 2021 is expected to see a new record set in terms of road tenders, accompanied by an ample pipeline of water projects, where PLW, the company’s local subsidiary specialized, is one of the leaders in the sector.

Construction is a key factor in Ferrovial’s strategy, thanks to its capacity to undertake complex projects at an international level. In addition to its intrinsic profitability and ability to generate cash flow, it adds value coordinating the design and construction of infrastructure concessions in which other investment divisions at the Group have an interest. This collaboration has been reflected once again in 2020 in the preselection in the USA of the Miami North Corridor light rail line. Other notable milestones include the start of work on Segment 3C of the NTE Toll Road (Texas), or the connection of four bridges that together measure three kilometers over the River Danube as part of the D4R7 highway (Slovakia).

The company is a specialist in highly complex projects thanks to the international experience and presence of near 400 employees at its Technical Office, focusing on the search for top-tier engineering solutions. In this regard, sectoral diversification and tendering for less strategic projects, allowing technical skills to be honed, ensure that the material and human resources at Ferrovial Construction are constantly ready to tender for complex infrastructure concessions. With this diversification and complexity in mind, worth particular mention in 2020 are the completion of the Agua Vista treatment plant in San Antonio (Texas) and different awarded contracts, including lots C2-C3 of the HS2 high speed rail line, the Goleníow-Ciecierzyce gas pipeline in Poland, phase 2 of the data center in Alcalá de Henares and the construction and assembly of a floating concrete wind power platform in the Basque Country.

Internationally, focus remains on the USA and Polish markets, which account for 70% of all sales. In other countries with a stable presence, the UK, Canada, Chile or Australia are all worth particular mention, in addition to Spain as the company’s home market.

The Construction division undertakes its operations under strict criteria that maximize quality and safety, while minimizing their environmental impact. A good example of this can be seen in the three million hours with no fatal accidents recorded on the  I-66 Toll Road (USA), the self-consumption cogeneration plant at Heineken’s WWTP in Valencia (Spain), preventing the emission of 170 tons of CO2 each year, or the ENR Global Best Project 2020 Award for the ring road in Toowoomba (Australia) on account of its culturally inclusive work environment.

Innovation as a catalyst for improvement

Ferrovial Construction remains committed to R&D&I and the digital transformation, as demonstrated by the reinforcement of BIM (Building Information Modeling) in railway infrastructures or the renovation of residential buildings, or the application of big data and blockchain technology to improve construction processes.

The Construction division is committed to the continuous development of its employees. In this regard, as part of Project Abacus, new mentoring and skills-based training initiatives have been rolled out. Also, in 2020 the division received various acknowledgements, including best young engineer at the Premios Caminos de Madrid and the awards extended to three engineers at the European Women in Construction and Engineering awards.

Discover the progress of the Abacus Project 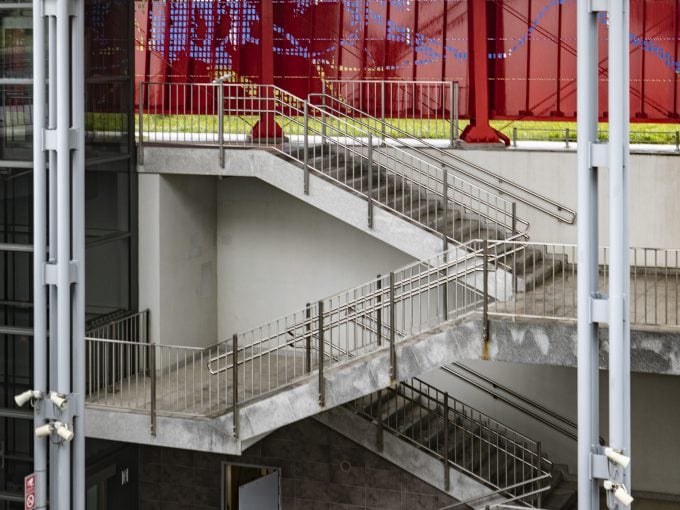