Ferrovial Airports is one of the world’s main private airport investors and operators. It currently has four assets in the United Kingdom: Heathrow (25%) and the three members of the AGS Group (50%) – Aberdeen, Glasgow and Southampton.

In addition, it is developing its electricity lines business in Chile, where it has the Transchile asset in operation and the Centella and Tap Mauro projects, which are currently under construction.

The effects of the COVID-19 pandemic and, most notably, the mobility restriction measures have had a significant impact on the airport sector in 2020. Both Heathrow and AGS have recorded decreases in traffic compared to 2019: in the case of the London hub, 72.7%, and 75.9% for the group made up of Aberdeen, Glasgow and Southampton airports. While the easing of these restrictions in the summer allowed an upturn in air traffic, their reintroduction in the last months of the year, particularly in the United Kingdom, led to a significant drop in air traffic again.

In December, the UK Supreme Court ruled unanimously in favor of Heathrow’s appeal in relation to the suspension of the Airports National Policy Statement that will allow the airport to apply for planning permission for its third runway: a victory that once again makes its expansion a strategic objective for Ferrovial Airports, in parallel to the short term efforts to recover traffic after the pandemic, demonstrating the commitment to environmental and climate change objectives.

The end of the Brexit transition period on December 31 did not have a significant impact on the operations of these four assets, as they had contingency plans in place to ensure continuity of operation and service to their passengers following the United Kingdom’s final exit from the European Union.

In the development and management of electricity transmission network business, progress has been made in 2020 in the construction and operation of the 250-kilometer line and the Centella substation north of Santiago de Chile. Ferrovial Airports has been awarded a concession for the construction, operation and maintenance of a new section that will connect this substation with the Los Piuquenes – Tap Mauro line.

The combination of these projects under construction and the Trans- chile business – a 204-kilometer line in the south of the country – means that Ferrovial now has 2,160 MW of capacity in Chile, making it a major player in the sector in the country.

HEALTH AND SAFETY IN AIRPORTS

Ferrovial’s airports have been at the forefront of measures to protect the health of their passengers and workers in the context of the COVID-19 pandemic:

Thanks to these and other measures, Ferrovial’s airports have received several awards. Heathrow was recognized in November as the safest airport in Europe according to the Safe Travel Barometer and certified as a 3-star COVID-19 airport by Skytrax. And Glasgow Airport received the International Safety 2020 award from the British Safety Council.

Operational efficiency and quality of service

In a year of unprecedented complexity for the airport sector as a whole, Ferrovial Airports optimized processes under the premise of protecting its operations, the health of its passengers and workers and maintaining service quality. Some of the measures taken have included renegotiating contracts, restructuring the organizational structure, consolidating operations – through temporary closures, for example, of Heathrow Terminals 3 and 4 and closing a runway – and reassessing and deferring noncore investments.

It is also worth noting that in 2020, Heathrow was recognized by the Skytrax World Airport Awards as ‘Best Airport for Shopping’ for the tenth year in a row, and that Terminals 3 and 5 of the London hub were ranked among the top five in the world.

As for Transchile, in 2020 the availability of its electricity line – the main metric of quality of service in electricity distribution – reached 99.98%.

While the health and economic cost of COVID-19 has dominated the debate around the aviation sector in 2020, the challenges of ensuring its sustainable growth in the medium and long term have not only remained the same, but aspects such as its contribution to the fight against climate change have become even more central for governments, investors and society as a whole.

Aware of these challenges, Ferrovial’s airports have maintained an uninterrupted commitment to sustainability in 2020 in their three-fold approach on environmental, social and corporate governance aspects:

The main innovation projects undertaken by Ferrovial Airports in its assets in 2020 include: 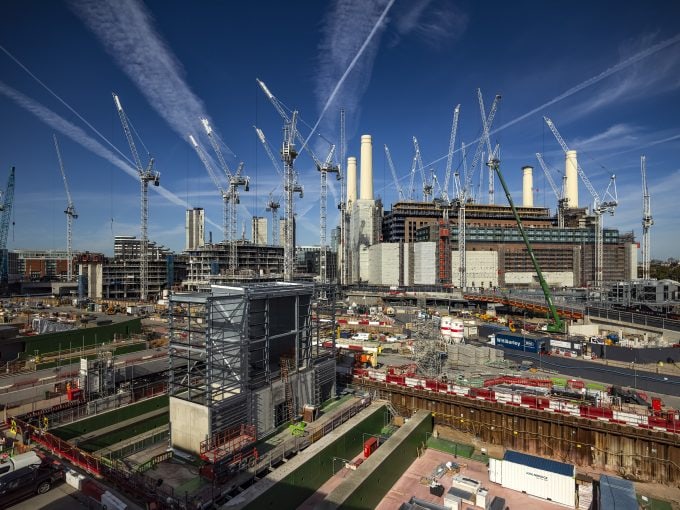