Letter from the chairman 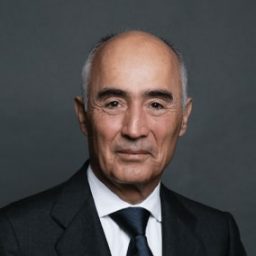 The year 2020 was marked by the impact of the COVID-19 pandemic on health, society and the economy. Ferrovial has responded firmly in all areas. In terms of health, by protecting its workers and the people who use its infrastructures. In society, by maintaining its core activities and evidencing its commitment through the “Ferrovial Juntos COVID-19” fund. And in the economy, by strengthening its liquidity position to ensure business continuity. The company ended 2020 with a net cash position ex-projects of €1,991 million compared to €1,631 million the previous year.

Toll roads and airports traffic, a major part of the company’s business, was impacted by restrictions on mobility, although toll roads, especially in the United States and Canada, have shown considerable ability to recover as soon as lockdown measures are eased. It remains to be seen how work from home and e-commerce will impact toll road traffic in the long term, and how air traffic recovers once vaccination enables the situation to normalize. Despite the sizable impact, dividends received from the infrastructure portfolio amounted to €369 million: €340 million from toll roads and €29 million from airports. The LBJ Expressway in Dallas distributed its first dividend in December 2020.

The Sustainability Plan has been stepped up, including ambitious CO2 reduction targets and the goal of zero emissions by 2050, and the carbon footprint was reduced by 4.6% in relative terms. The safety and protection of our employees is a priority to which we devote our best efforts. We have adopted a Health and Safety Plan and improved accident rates significantly: the rate of serious and fatal accidents is down by 18%. Ferrovial also implemented a more agile and efficient organization model obtaining annualized savings of €49 million in overheads . Ferrovial Construction improved results notably, as evidenced by its 2.3% EBIT margin and €293 million in cash flow before tax. The divestment of the Services division, which is taking longer than expected, has taken its first steps with the sale of the business in Australia and New Zealand.
Revenues increased by 4.7% to €6,341 million, while EBITDA from continuing activities amounted to €409 million, a 238% increase on 2019. As for the bottom line, we reported a net loss of €410 million, or €322 million in pro forma terms. The combined Construction and Services backlog amounted to €23,156 million.

Shareholder remuneration, including dividends and share buybacks, totaled €377 million, 27.5% less than in the preceding year. The share price declined by 16.2% in 2020, slightly more than the IBEX35 index, which lost 15.45%.

Ferrovial’s commitment to the highest environmental, social and governance standards is endorsed by its inclusion in the Dow Jones Sustainability Index for the 19th consecutive year. We also continue to be part of the FTSE4Good, MSCI, Vigeo, ISS ESG, STOXX, CDP and the Bloomberg Gender-Equality Index and, for the first time this year, our Greenhouse Gas Reduction Plan will be submitted to a consultative vote at the Shareholders’ Meeting.

COVID-19 put society to the test. We responded with determination from the outset. Together with other initiatives we set up the “Ferrovial Juntos COVID-19” fund, which raised €8.7 million that was used to pay for healthcare equipment, vaccine research and food aid in all the countries where we operate.

This year, more than ever, I would like to acknowledge the contribution that our employees make on a daily basis, even in the most difficult circumstances, such as those we are currently experiencing. I could not conclude without expressing my gratitude for the support of our investors, shareholders and customers, whose confidence in the company is the best assurance of value creation for society as a whole.